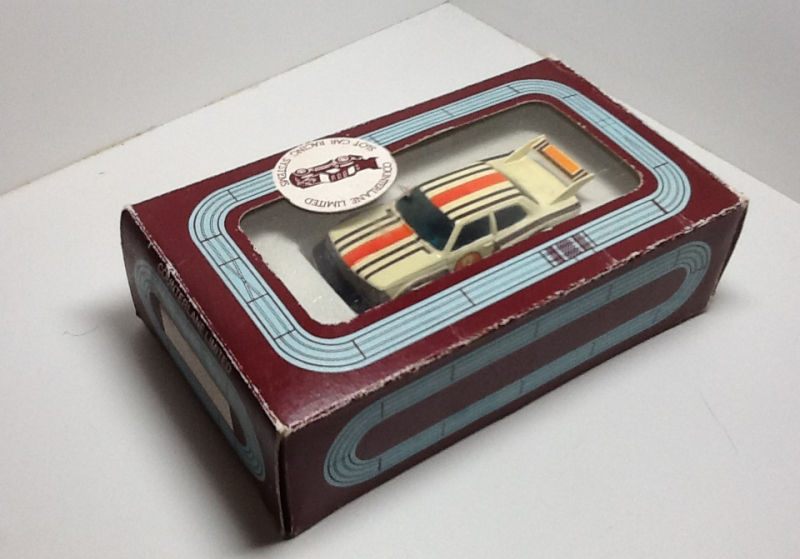 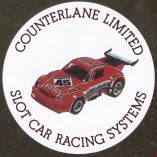 All sets were based on the same box layout. They introduced a sturdier polystyrene base and a see through cover with DAPOL colour scheme similar to the oo gauge box livery. The kits with a 15” Cross Roads had a cut-out in the polystyrene base to hold the large track piece. Many Counterlane sets used the cross-roads track which before now was really only found separately or in some of the US Speedtrack sets.

DAPOL Sold Sets J1 to J5, Cars (Ex Matchbox PPLus and PT stocks), TrackParts and Accessories all based on the original moulds and designs passed on from Matchbox. Simple part numbers make it much easier with cross lookup to the original Matchbox part numbers.  DAPOL eventually sold off stocks to Proops, who then sold sets and add-on packs in plain white boxes.

There was a very late J7 rally cross set too, recently found. 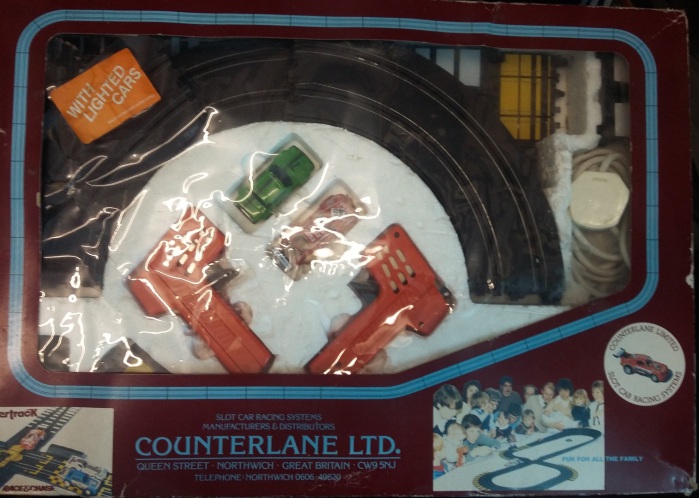