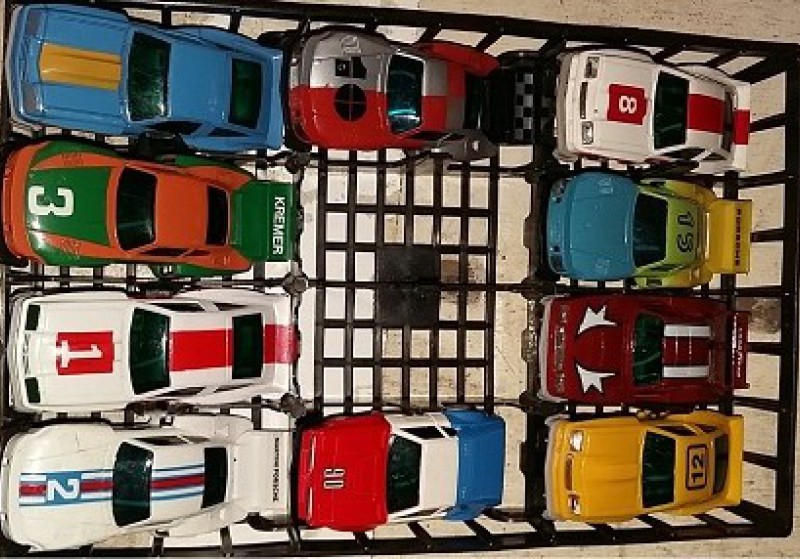 Lanechanger (RPS in USA) was a slotless car racing set, introduced in 1979 as direct competition to Ideals TCR. Switch on top of the controller enabled cars to turn steering so they could change lanes. Cars hugged each side of the track.

In the US sets were called RPS.

The switch actually reversed the polarity, but with clever gearing this did not reverse the rear wheel drive direction.

Chassis's are interchangeable. Cars could be bought seperated some had lights

Matchbox introduced chircanes and the ability to overtake made the racing exciting. Rare additions were the hump back bridge which was sold with some late RPS Turbo sets in the USA. The RPS Turbo also had a hand controller with a large green Turbo button on the top.

The following cars were available both with and without lights:

'2' White Porsche (with lights only in prototype),

As far as found to date, the green/orange Porsche '3' (Prototype also as a '2') and the '1' White/Red and '11' Blue/Yellow Chevy Monza did not have a lighted version.

In USA, Matchbox lanechanger was known as RPS.  The last of the RPS sets were the RPS 4000 and the 4000 Turbo sets, the very last 4000 Turbo sets had as well as the green turbo button on the controllers and also a hump back bridge too.  Later RPS in the USA was bought and rebadged as Lane Shifters, cars were the 4 Monza and 7 Porsche both with flashy livery. 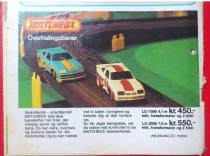 Here shown with the prototype cars. Notice the '1' Chevy Monza has a flat red stripe on bonnet and roof.