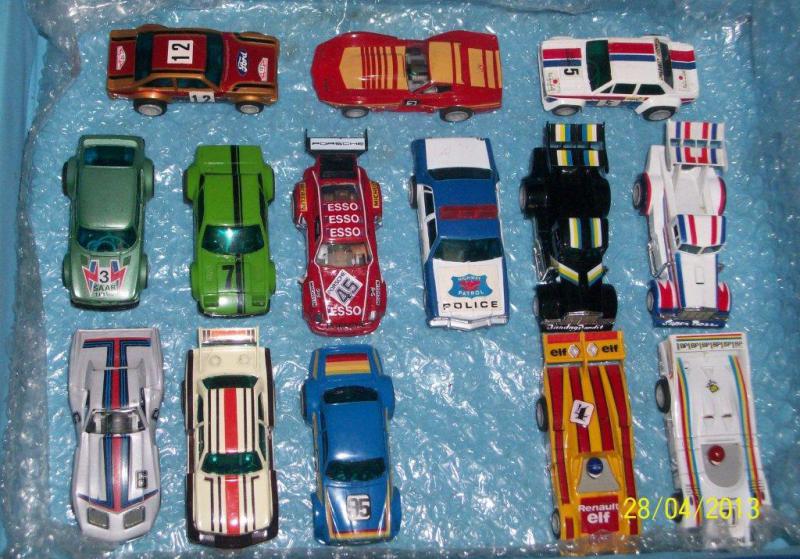 I got my first Powertrack set (In fact a Lemans 4000) when I was 9 years old. It was my christmas present 1979 and me and my parents still to this day say it was the best present I ever had! I've been mad about the cars and sets ever since. I bought the 54 BMW and the green 911 Porsche with my pocket money just after my 10th birthday!

I was ill during March and April in 2013 and decided to relive my childhood and look up more about 'Powertrack' relive those special childhood moments and hopefully bring a smile to lots of other faces around the world too.

I hope you enjoy my website and thank you to everyone so far that has helped with content and ideas along the way. It still has many additions to come and hopefully will show in the future thaat a simple toy can warm the hearts of many. 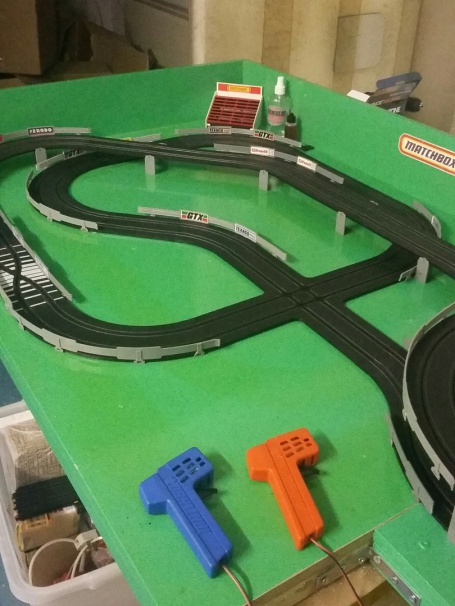 I had bought a small layout from a friend in Iver called Bobby. This I attached another board made similarly. Wired in two sets of controllers one for visitors to race the cars and another pair for us as exhibitors. Overall when joined the layout was around 11 feet long. Tried to even out the circuit so cars have a share of inner and outer curves. Also labelled lanes with coloured dots so you know which lane to put your car back on when you overcook the throttle on a corner! 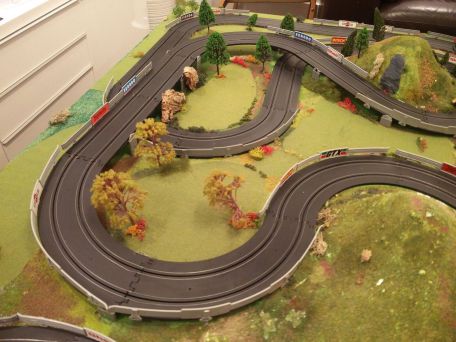 Part of the 2018 Layout, made by a Powertrack fan. Great work and I hope to add to it and make it even better if that is at all possible. If you want to see the rest it will be at the show! 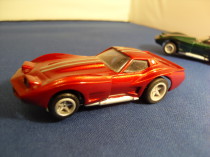 My Pair of Corvettes

Do you recognise these cars, I found them at an auction near to my home about a 7 years ago. They are based on white corvettes, stripped and professionally painted, pinstripes added. Lights and exhaust painted.

If you know any info about these, I would love to get in contact with the creator, whom I am still looking for! 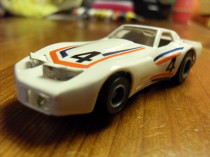 Rare Finds, lots to be found

There are many custom and a whole lot of prototype and historical stuff that seems to be out there even today, from early paperwork to rare unusual cars and pieces which are putting the whole jigsaw together.