NEW 6v Pickups in production, 12v ones to follow. 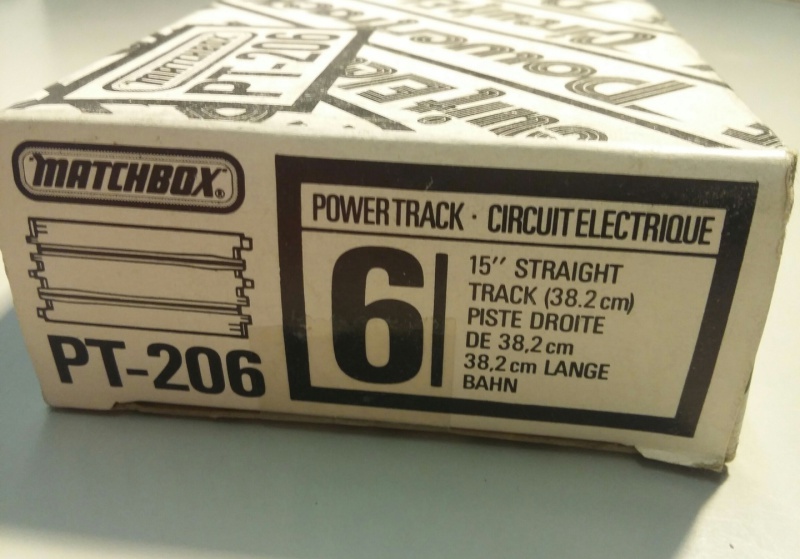 For UK Delivery is FREE on orders over £10, under please use delivery option. Outside UK please choose Delivery option at the bottom of this page.  Thank you. 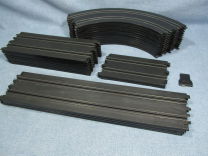 All track is thoroughly cleaned and tested, no track I sell will having broken connectors

Delivery:  When ordering Track, delivery of other spares will not incur extra delivery charge, but please add a delivery option before checking out on Cart when adding or ordering track, thank you. Applies to all orders that include Track. **DELIVERY OPTIONS Listed near bottom of page** 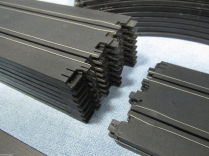 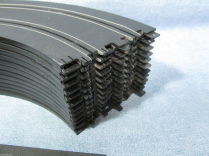 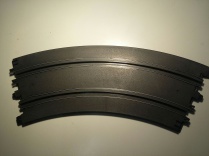 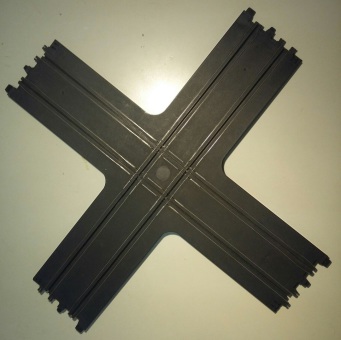 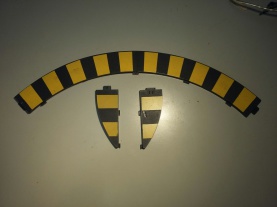 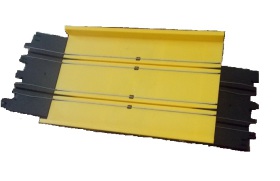 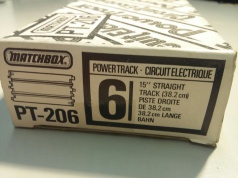 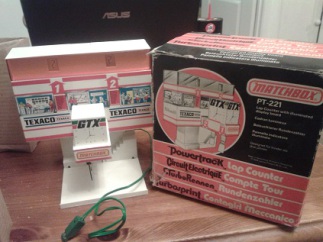 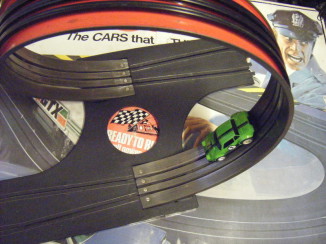 Track pieces were pretty standard until the race and chase and powertrack plus sets were released. Some of those track pieces are rare.

I have compiled the following list....I have all for sale, most listed above...

The RH intersection (clever system where there is a slot inside the track which allows a car at speed to continue, slow down at the car will turn right)

The LH intersection (clever system where there is a slot inside the track which allows a car at speed to continue, slow down at the car will turn left).

RH and LH corner junctions above were available in plain black std or with yellow striping as in Race and Chase 2.

The cross roads, came with Spiderman and Hulk sets.

The short 9" straight coss-over track, this has white lines. (Two are needed on a race layout)

The rare cross-over jump track, icluded in the PP3000 set being demonstrated by the Rare 'White Fiat' in the PP Booklet.

8000 set, some were shipped with lane 3 and 4 start tracks, some had two 1 and 2 start  tracks with opposite power connectors

Race and Chase 2 had a rare start track piece without the lane number markings.

PP9000 had a loop track, the magnets on the cars and the speed of the cars led to this track enabling the cars to loop. This track peice had a metal loop which tended to rust if stored anywhere but completely dry.  There were a few chrome versions of the loop too!